Home / News & Events / Alan Richardson, our cricket and football coach, named as one of the five Wisden Cricketers of 2011

Alan Richardson, our cricket and football coach, named as one of the five Wisden Cricketers of 2011 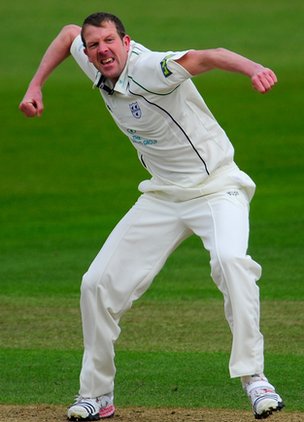 Alan Richardson has been honoured as one of the five Wisden Cricketers of 2011, alongside Alastair Cook, Kumar Sangakkara, Tim Bresnan and Glen Chapple.

Alan has coached for us over the last two years with the 3rd XI football team, but particularly alongside cricket professional Paul Pridgeon with our senior cricketers. The boys are very fortunate to pick the brains of this internationally renowned seam bowler. Only this week, Alan has continued to dominate in the County Championship Division One, with another five wicket haul, this time against Surrey at the Oval.

Alan's own words were: "Over the last two winters I have been lucky enough to be involved at Shrewsbury School, the boys have been a pleasure to work with. I was always impressed with not only their skill levels but their commitment, behaviour and the way they represented the School at all times. I was hoping they could learn something from me, I am now thinking I might have learnt something from them!"

Shrewsbury wishes Alan further success in the Championship with Worcestershire this season.